Croatia's 30 million euro ($33 million) venture capital fund Feelsgood Social Impact Investment Fund has started operations, according to the European Investment Fund (EIF), one of the key investors in the project.

Feelsgood targets early- to growth-stage Croatian and Slovenian startups with an environmental and social impact.

The social impact investment fund has launched in Zagreb on October 3, EIF, which is part of the European Investment Bank group.

The EIF contributed to the fund with 15 million euro, which almost entirely covered by the European Fund for Strategic Investments (EFSI), the core of the Investment Plan for Europe, or Juncker Plan.

In an EIF statement, it says that Feelsgood is the first Croatian VC fund managed by a fully Croatian team, which is a sign of the maturing and development of the local financial market.

Up to the minute current grant news from foundations and the federal government from around the Web.

How to Write a Theory of Change

Bridgespan tackles how a theory of change is a nonprofit's conceptual road map to impact. Bridgespan features how to write one that will help nonprofit leaders achieve their goals. According to...more

The Greater Tacoma Community Foundation, the Tacoma Whole Child Partnership, and Tacoma Public Schools address how school employees who work in a capacity often referred to as support staff can also...more

Financing for Social Entrepreneurship in Peru

In a study conducted by the Asia Pacific Foundation of Canada, "Financing For Social Entrepreneurship in Peru," finds that social enterprises in Peru have to a large extent relied on their founders,...more

The University of Wisconsin-Whitewater campus will have a new letter designation coming in the fall about what courses are community-based and what they entail. According to Kate Ksobiech, an...more

Tulane University's Albert Lepage Center for Entrepreneurship and Innovation will partner with Venture for America (VFA) to host 2020 VFA Fellows along with leaders from university entrepreneurship...more

Technical and Vocational Training (TVET) is one of Kenya's initiatives that provides alternative opportunities for skills and knowledge transfer where youth can become more competitive in the...more

Fostering Race Equity at Your Nonprofit

Equity in the Center, an organization that "works to shift mindsets, practices, and systems within the social sector to increase race equity," has released a very helpful guide titled Awake to Woke...more 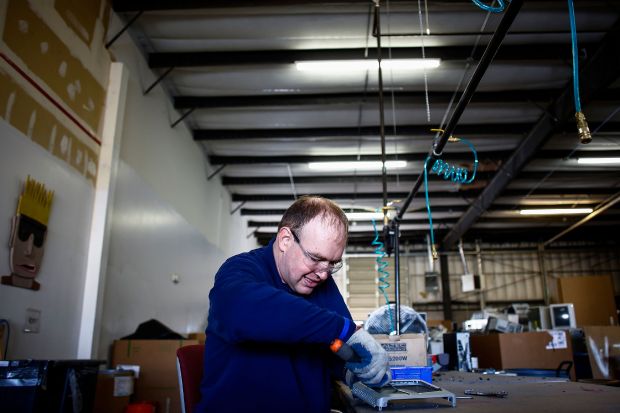